Jehovah's Witnesses have Falsified Revelation 5:10
And They Will Reign Upon The Earth 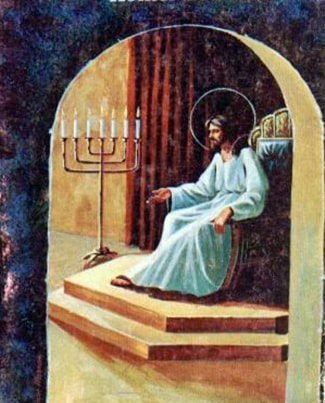 The Watchtower organization have shot themselves in the foot with their own Kingdom Interlinear Translation, where it shows how they have falsified Revelation 5:10. The true meaning of Revelation 5:10 totally destroys the Watchtower organization's 144,000 anointed class doctrine, which says the 144,000 Anointed Class will reign in heaven with Christ over the "Great Crowd" of Jehovah's Witnesses, (those designated as having an earthly hope in contrast to the so-called anointed class). The Jehovah Witness doctrine of the heavenly anointed class ruling in heaven with Jesus over the earthly great crowd is one of the main teachings on which every JW's faith hinges and it's exposure as a false teaching would destroy the power structure of the Governing Body. This sly and underhanded changing of  the word "upon" to the word "over" in Revelation 5:10 by the JW Governing Body was in direct disobedience to the command in Revelation 22:18,19. - " I testify to everyone who hears the words of the prophecy contained in this book: If anyone adds to them, God will add to him the plagues described in this book. 19 And if anyone takes away from the words of this book of prophecy, God will take away his share in the tree of life and in the holy city that are described in this book." - In light of the correct rendering of Revelation 5:10 it is clear that all Christians will be reigning on the earth during the Millennial Reign of Christ.
How Revelation 5:9 - 10 should read  - ​9 And they sang a new song, saying, "Worthy are You to take the book and to break its seals; for You were slain, and purchased for God with Your blood men from every tribe and tongue and people and nation. 10 "You have made them to be a kingdom and priests to our God; and they will reign upon the earth." ​ 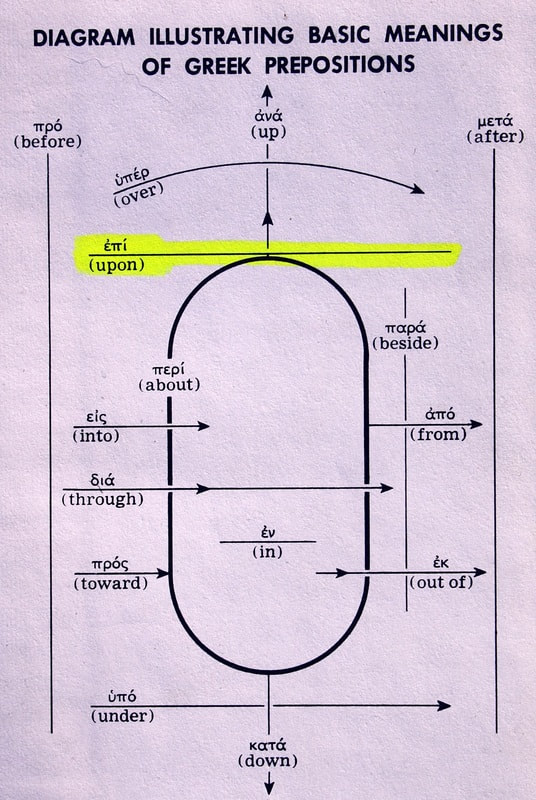 A scan from the Watchtower's own Kingdom Interlinear Translation showing the true Greek meaning on the left, and where they have falsified Revelation 5:10 to say " over " the earth on the right. Scan from Raymond Fran's book " In Search of Christian Freedom " 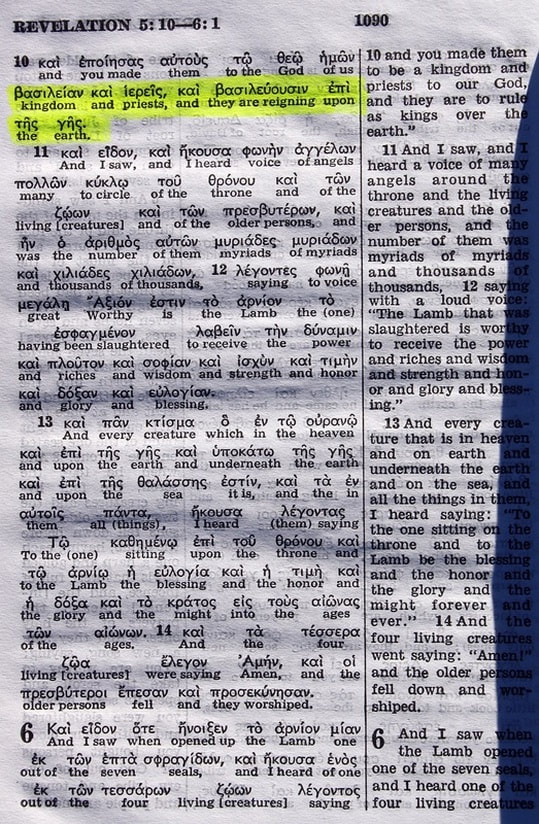 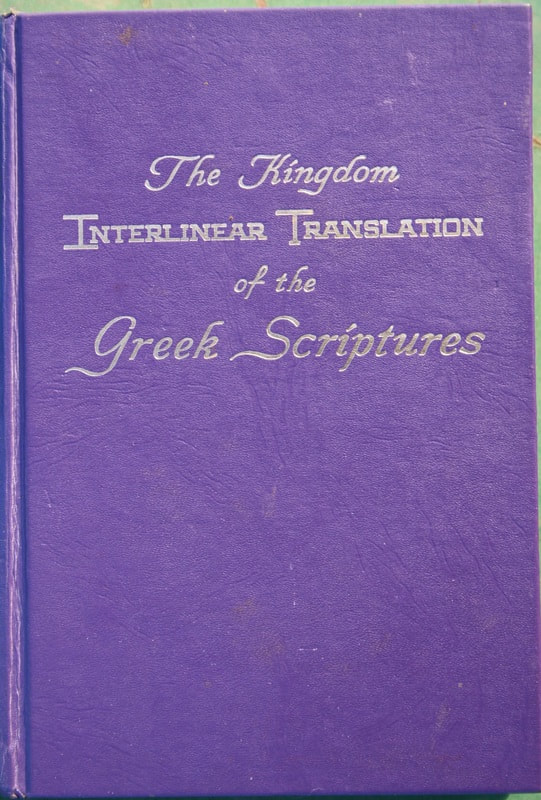 ​And they came up on the broad plain of the earth and surrounded the camp of the saints and the beloved city, and fire came down from heaven and devoured them. - Revelation 20:9