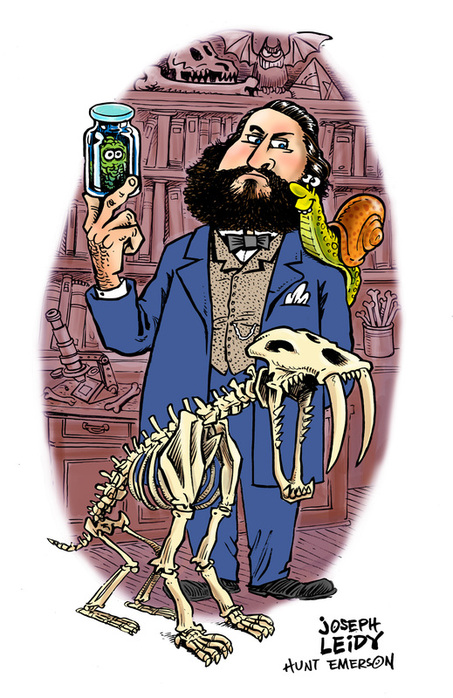 Portrait of a Victorian Polymath 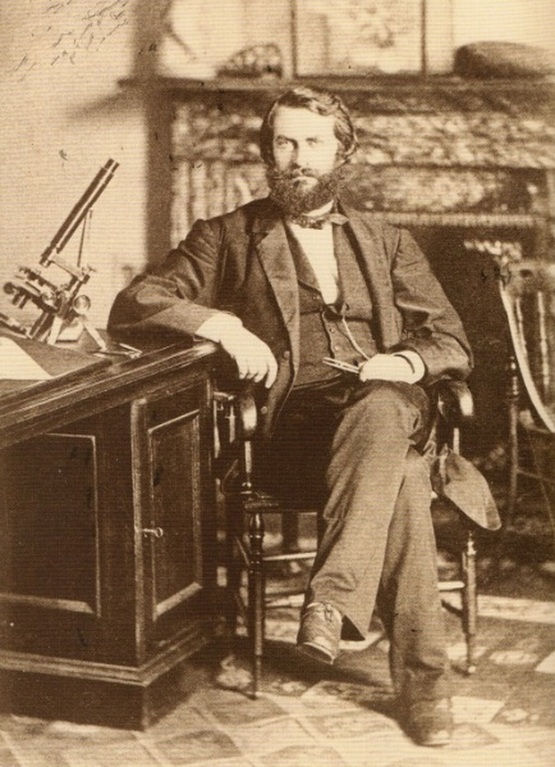 The Victorian age certainly produced a lot of brilliant minds who revolutionized the scientific community and one such figure was Joseph Leidy. Once described as a " high priest of nature standing at the threshold of her mysteries. Born on the 9th of September, 1823, this Victorian Polymath was a true child of Pennsylvania who lived most of his life dedicated to expanding the many fields of the Natural Sciences.

Joseph was the son of Philip Leidy and Catherine
Mellick. However, when his mother died during childbirth, his father married his mother’s cousin who took care of the young Joseph.  Although he was never an academically exemplary student, he showed an artistic inclination through his love for sketching. His father, seeing his talent for drawing, wanted him to be a sign painter, but Joseph refused and enrolled at the University of Pennsylvania Medical School.

Although Joseph Leidy became a professor of anatomy, he pursued other interests.  An ardent naturalist, he was forever probing the mysteries of the natural world, he also dabbled in parasitology, paleontology, botany, mineralogy and even geology and made remarkable findings in these
fields. Joseph Leidy was a man who loved nature so much that it was nearly impossible to confine him within the corners of a scientific laboratory.
He was at his best when gathering specimens from in
and around the land of his native Pennsylvania.  He graduated in 1844 and started his medical practice, but did not lose his focus in wanting to expand his continuum of interests.

It is ironic that the man who found prominence in studying some of the earth’s biggest creatures can find equal prominence in
studying the smallest of organisms as well.
He became absorbed in microscopy and became a subordinate, first to Goddard and then to William Horner. The year 1845 was a
pivotal year for Joseph Leidy for this was the year when his talents in drawing and dissecting were discovered.

He was asked to dissect and draw snails for a book that was created by Amos Binney, discussing the North American mollusks. This
book was published in 1851 and gave Leidy instant recognition that resulted in his inclusion to prestigious organizations.
This talented Victorian polymath published over 800 articles dealing with  his discoveries in the different fields of science. The extensiveness of his studies was made known through a study of Proceedings of the  Academy of Natural Sciences where his short, but precise notes showed  observations which included Planarian regeneration, the appearance of  parasitic plants in some animals, the snails’ sense of smell, cell  division and its subsequent cell wall formation, intestinal bacteria in  toads, and structures of sponges, Rotifera, Hymenoptera, Infusoria, and  Annelids. 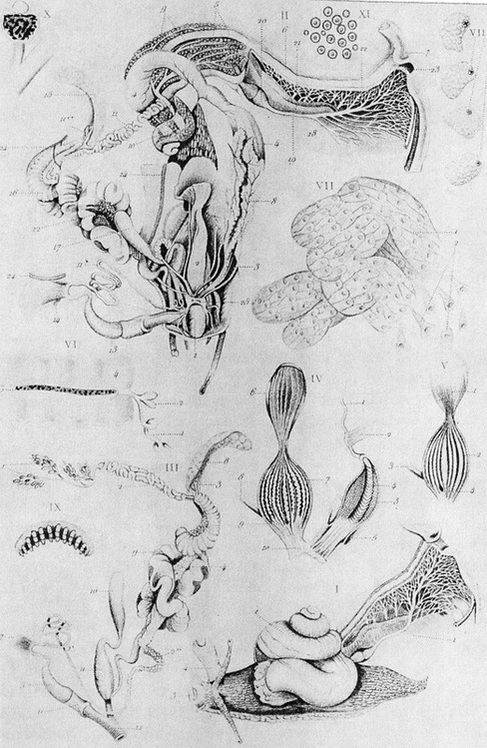 Also, he discovered that parasites found in undercooked meat caused trichinosis.  This resulted in Leidy suggesting that meat should be cooked in a temperature high enough to kill parasites; a suggestion that helped save millions of people from the dangers of eating undercooked meat. His experiments with cancer, which he performed in 1851, were also noteworthy. Fragments of human cancer cells were transplanted to the skin of a frog and were discovered to continue to live when introduced to animals that are cold-blooded.
Another important contribution made by Leidy was in the field of forensic investigation through the use of his favorite tool, the microscope. He contributed to the solution of a crime when he studied the blood stains on a suspect’s shirt and found out that the blood cells had no nuclei.
Since the blood cells of humans have no nuclei as well, the stains on the shirt were not from chicken blood as was previously said by the accused; they could be human blood. These findings led to the confession of the suspect. Another field — Protozoology, benefited from Leidy’s studies where he again made significant contributions.
In 1879, he published his greatest work which even today remains a classic: ‘Fresh Water Rhizopods of North America”. In this monograph, he discussed and made illustrations of Rhizopods which he took from marshes, springs and ponds. It was said that Leidy was so fond of microscopes thathe made a habit of buying them and even spent hours with microscope-makers talking about the structures and proper care of these scientific tools.
Microscopy has become an invaluable field in science because of Leidy. He was also regarded as the forerunner of vertebrate paleontology in America because he collected and studied fossils. Leidy contributed to the immense body of knowledge about these many prehistoric creatures, and even enjoyed a reputation similar to that of the great British anatomist Sir Richard Owen, being able to identify any species from even the smallest remnant of fossil bone. In one of his findings, he concluded that horses had once existed in America in Ice age times and eventually died out. 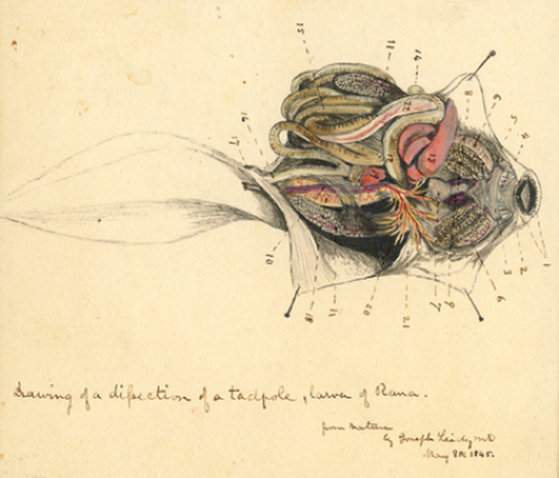 In 1856, his maiden contribution to paleontology was first noticed when he published a paper which centered on fossil teeth sent to him by F.V. Hayden.  These teeth bore resemblance to Megalosaurus and Iguanodon which were the first identified dinosaurian fossils in America. In 1858, a farmer in Philadelphia found approximately 1,840 bones on his farm. A visitor, William Parker Foulke, got wind of this news and convinced his neighbour to allow them to search for more bones on his farm.  Leidy was requested to identify these bones and discovered that the bones unearthed were parts of the skeleton of a dinosaur resembling an Iguanodon; however, the skull of this dinosaur was similar to the head of a duck. He also estimated this creature to be around 25 feet in length.
Noticing the long hind legs and the short forelimbs, he concluded that this dinosaur had an upright posture leading to the assumption that they had a bipedal stance which contradicted the previous belief that they had the lizard-like posture of walking on all-fours. To this date, the image that we know of the upright dinosaur can be attributed to the genius of Leidy.

This skeleton was the   first of the “duck-billed” dinosaurs to be known.   Another outstanding   quality of this find is that it was the first   fairly complete   dinosaurian skeleton found in the North American   continent. Leidy called   it Hadrosaurus foulkii. Although this   scientific name has been changed   to Anatotitan foulkii, hadrosaur is   still widely used as a term to   classify duck-billed dinosaurs.   Dinosaurs, however, did not dominate   Leidy’s interest; he also   described the holotype specimens of the giant   prehistoric feline   Panthera Leo atrox (American lion), Canis dirus  (dire  wolf) and  species of the iconic Saber tooth tigers, (Smilodon floridanus)  type
specimen to name a  few.
Although   he was a priceless gem in the scientific world, he  slowly withdrew  from   the field of paleontology due to a bitter rivalry  between two other   prominent paleontologists. Edward Drinker Cope and  Othniel C.  Marsh.  This took a toll on Leidy who refused to participate  in the  “popularity   contest” between the two men and so he went back to   teaching. Leidy created an annotated American edition of the “Atlas of Pathological Histology” by Gluge and it was released in 1853. Some of his other noteable publications on paleontology were “Extinct    Mammalian Fauna of Dakota and Nebraska",  “The Ancient Fauna Of     Nebraska”,  “Cretaceous Reptiles Of the United States” and “A Memoir On    The Extinct Sloth Tribe of North America”.

The   enormous   accomplishments of Joseph Leidy are indications of his   dedication to   learning and understanding the complex
world of nature and   man. America  lost one of its greatest ever scientific minds when   Leidy died on  the  30th of April 1891. Truly, his priceless contributions   to the   scientific community made him worthy to be called “The Last Man   Who   Knew Everything.” 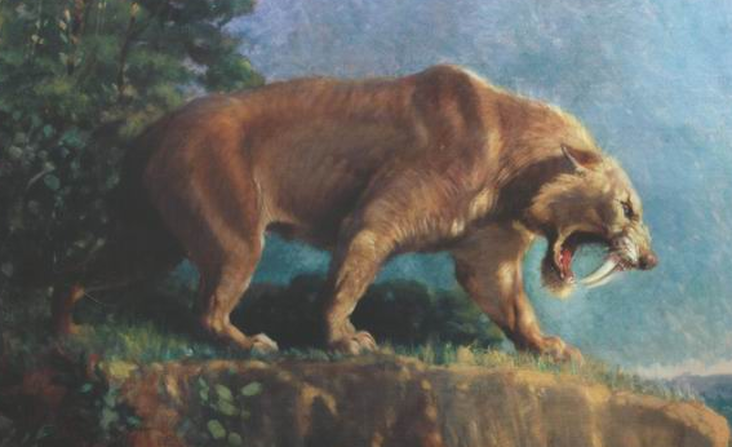 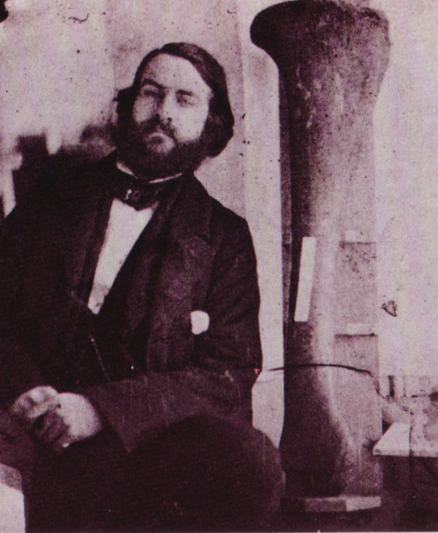 Joseph Leidy with the tibia of Hadrosaurus foulkii 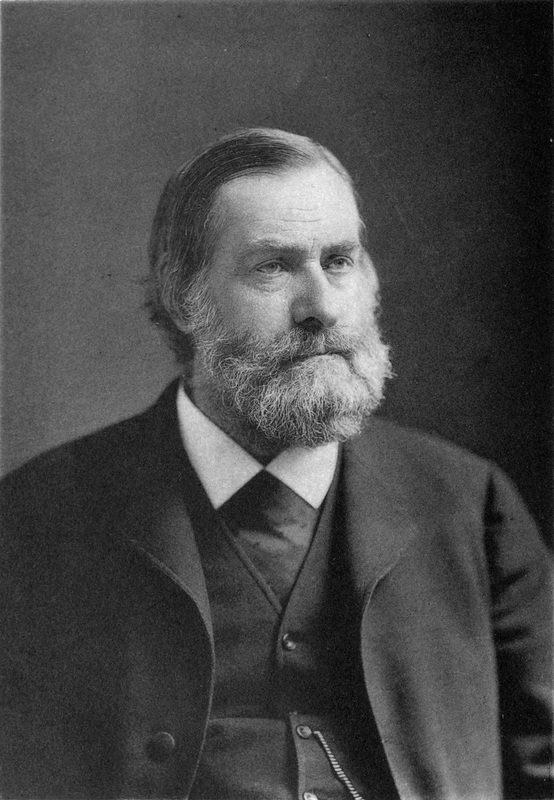 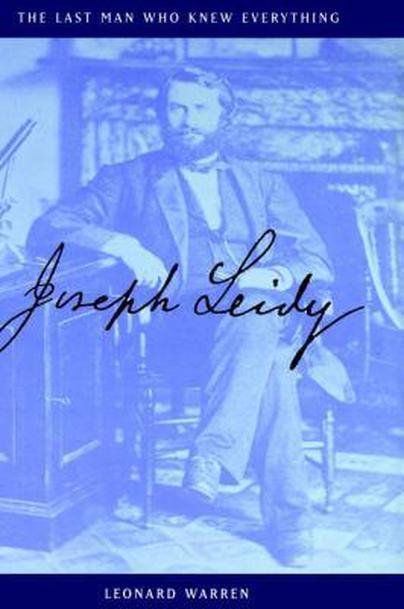