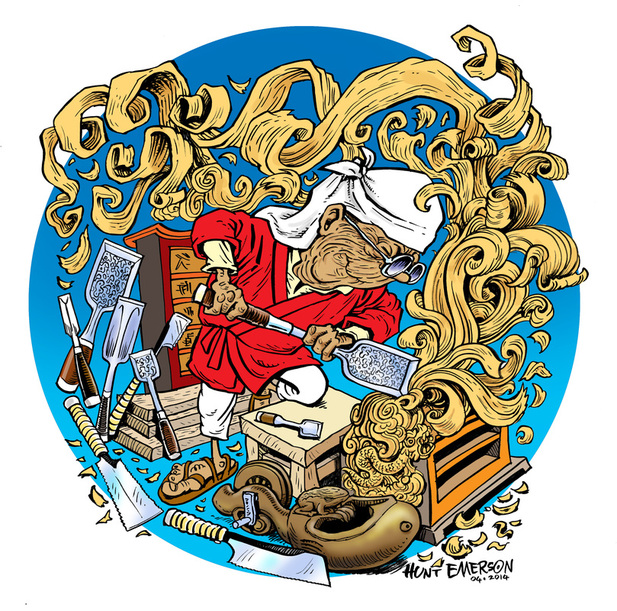 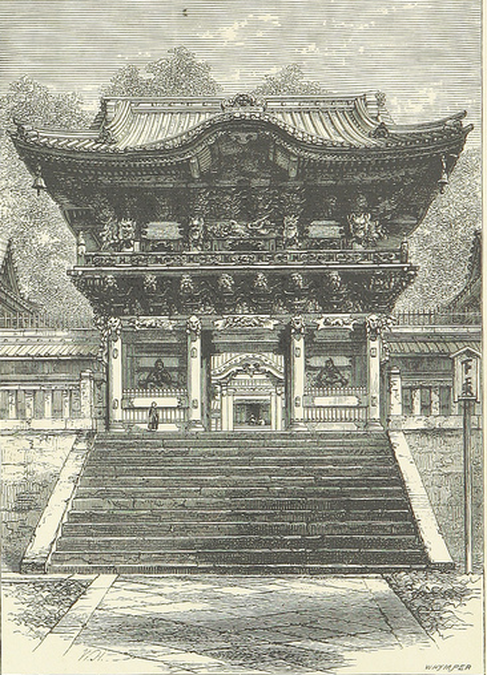 ﻿‭ For many enthusiasts of Japanese woodworking tools, the allure of Japanese carpentry is the fact that it harks back to the old world craftsmanship of a bygone era, when the aesthetic and philosophical principles of the ancient pre-industrial culture, was in harmony with nature through close observation of its cycles and rhythms. Their tools were all hand made by skilled craftsman who specialized in that particular implement, like the modern-day hand forged Damascus chisels, unlike the Japan of today, where many of the old crafts are slowly dying out as a result of its turning to mass production, as is so often seen in many countries where westernization has set in. {See the article - The Great Handicraft Extinction }

Traditional Japanese carpentry tools have a special charm, as well as a long and colourful history, tied in with the master craftsmenship of the famous samurai sword. The Japanese chisels date back to the the Haitōrei period of the 1870’s and onward, when some blacksmiths or swordsmiths turned their forging techniques to making chisels and plane blades because the government had outlawed the samurai sword, in an attempt to abolish the traditional privileges of the samurai class.


The ingenious Japanese joinery techniques that are utilised in the building of every wooden structure, from temples, to houses and cabinetry is distinguished by its unique interlocking systems, in which nature meets geometry and connects wood through complex and self-sustaining joints, in which no steel hardware such as nails or bolts were utilized at all, only wooden pegs. Especially is this skill on display when the Miya-Daiku are building the traditional architecture of the world-famous wooden Zen style temples and tea-houses, one beautiful characteristic of which are the low radiating rafters that spread out from its central point. These display the perfection and exacting craftsmanship of the temple carpenters and the implementation of their traditional knowledge. 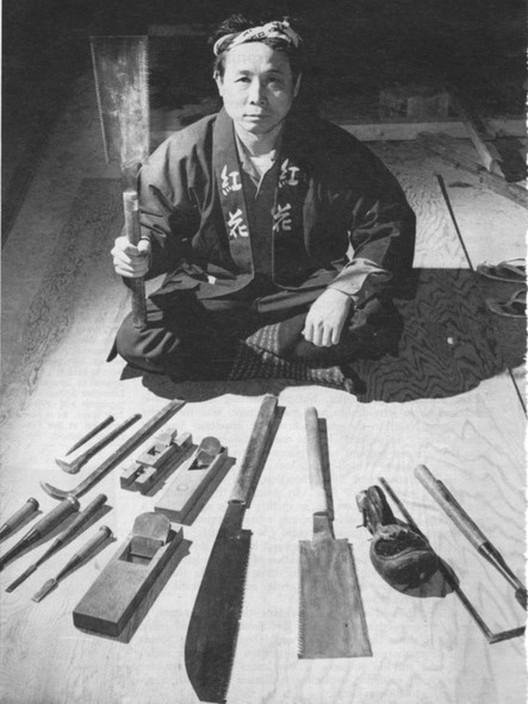 One of the more modern practitioners of traditional Japanese joinery techniques was George Nakashima, a Japanese-American woodworker, furniture maker and architect, whose grandfather was a samurai warrior. George incorporated these ancient techniques into modern furniture design, and he viewed his craftsmanship as very much a spiritual occupation, transmuting a tree’s beauty into functional art.

Whilst working in India in 1936, building a monastery, George became a disciple of the philosopher and yogi, Sri Aurobindo which contributed greatly to George’s spiritual evolution, " I became very much attached to his teachings, which are very simple and very profound. There's a type of life there that had a beauty and creativity that really didn't exist anyplace else in the world.” - The Soul of a Tree.  George Nakashima

George combined his inspiration for the Shaker furniture style with his eastern oriental aesthetics and his skill and knowledge of  ancient Japanese Carpentry techniques. He learnt these skills while working for five years in Japan and also from a Japanese carpenter trained in the traditional manner, whom he befriended in a Japanese internment camp during the war. He showed his reverence for nature by turning inanimate wood into intricately handcrafted furniture, with his methods showcasing the natural geometry and beauty that lies within the flow of the richly grained timber. His method of working, was to let the original geometry of the wood dictate the shape of the finished piece, which often exhibited the natural flaws and imperfections in the material, turning the large cracks into the main feature, which he strengthened with the placement of butterfly joinery, thus bringing out and preserving the character of the wood, working with nature and not against her. This was a tradition that went back to the 18th century and was especially evident in his table tops.

The following quote is George’s description of the Japanese attitude toward craftsmanship that he observed when working in Japan - “ When someone would get a piece of work done, with the joints fitted perfectly and the proportions just right, he'd put it someplace where it could be seen. And everybody would gather around and praise him for his work. There was that sort of attitude. There wasn't any jealousy. It was just an appreciation of fine work.” – ‘The Soul of a Tree’ - George Nakashima

And again: “I feel that I have things to do in this world that are necessary. Essentially, I'm interested in creating beauty” - ‘The Soul of a Tree’ - George Nakashima

George’s inspirational craftsmanship and working ethos can be summed up in this final quote - “ I have a one-man war against modern art, for instance. It's the predominance of a personal ego that bothers me. My ideal is that a craftsman should be unknown rather than known. He doesn't have to throw his ego around. This goes back to other civilizations. For instance, in the Sung Dynasty in China, the craftsman never signed his pieces. I think that's indicative of a healthy civilization. Everything that they produced was worthy, artful, beautiful.”- ‘The Soul of a Tree’ - George Nakashima 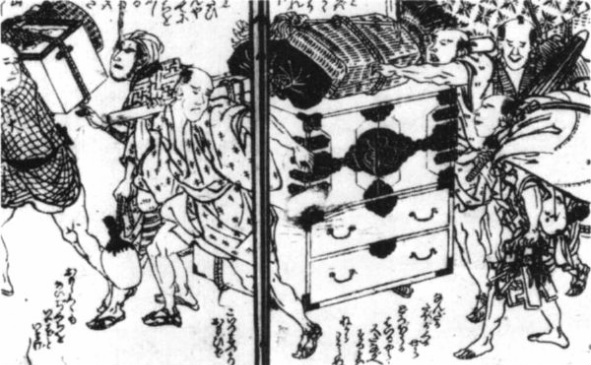 ﻿   Ryobiraki tansu being carried by hired porters. Woodblock print by Utagawa Toyokuni dated 1807﻿
'" To bring this living material to the work bench, ultimately to give it a second life"- George Nakashima 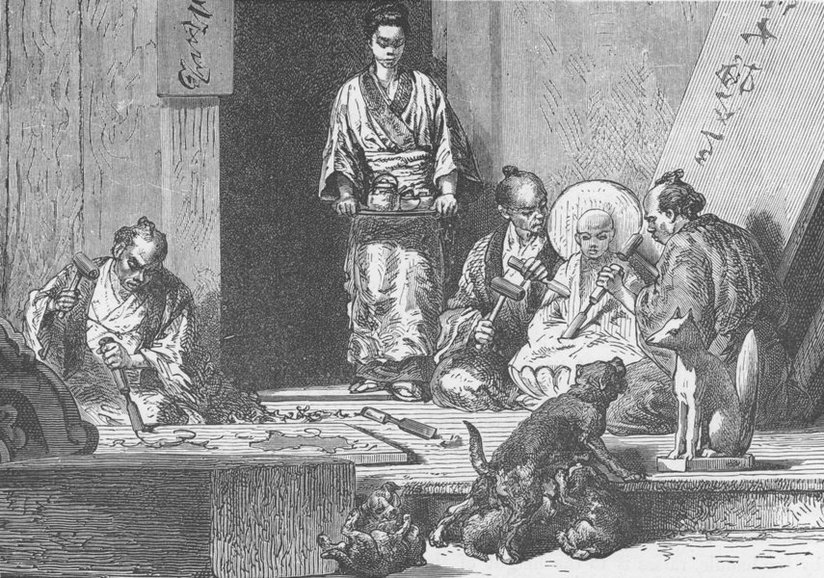 ﻿The studio of Japanese wood carvers﻿ 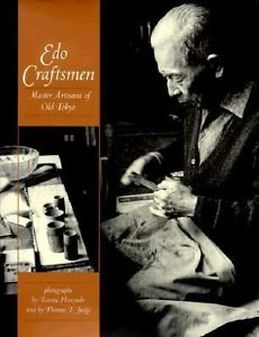 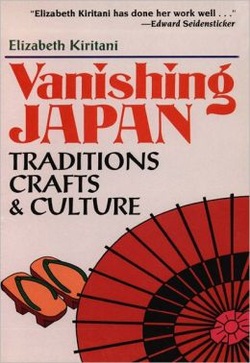 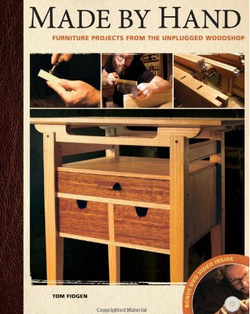 ﻿Made By Hand: Furniture Projects From The Unplugged Shop﻿ 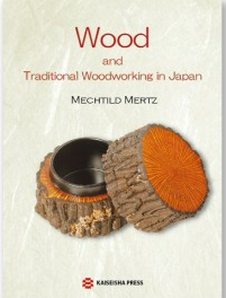 ﻿Wood and Traditional Woodworking in Japan ﻿ 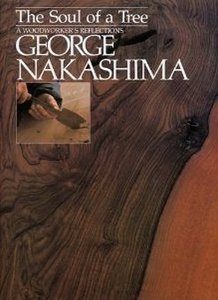 ﻿The Soul of a Tree: A Master Woodworkers Reflections﻿ 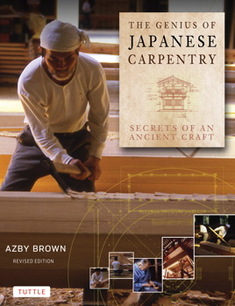 ﻿"The Genius of Japanese Carpentry"﻿ 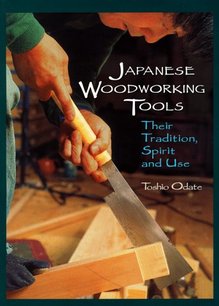 ﻿Japanese Woodworking Tools: Their Tradition, Spirit and Use﻿ 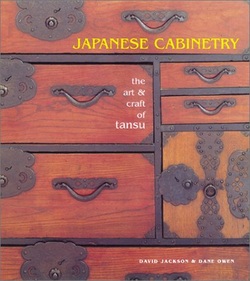 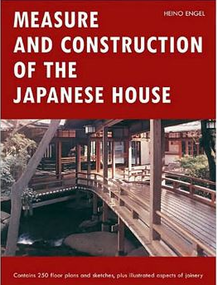 ﻿Measure and Construction of the Japanese House﻿ 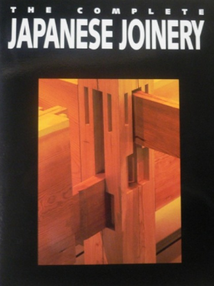 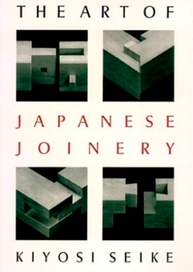 ﻿The Art Of Japanese Joinery ﻿ 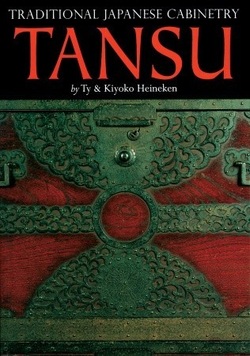 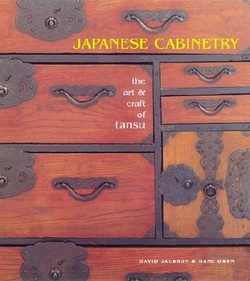 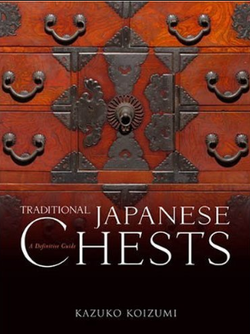 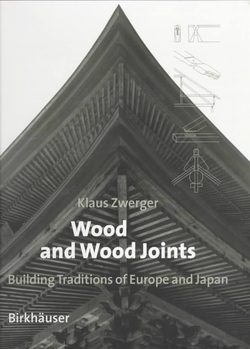 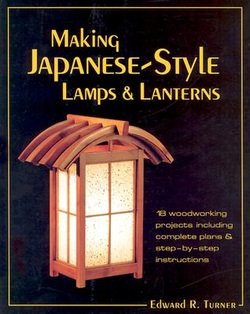 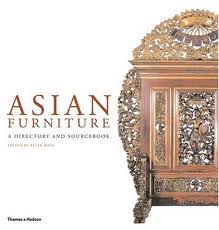 ﻿Asian Furniture: A Directory and Sourcebook﻿